1. CPA Practice Advisor Announces “40 Under 40,” and “20 Under 40” Award Winners
The awards recognize 40 professionals who are under 40, and have emerged as future leaders in the profession, and 20 who are leading the development of technology, education or services that enhance the profession.
CPA Practice Advisor has announced the 2022 members of its “40 Under 40 Accounting Professionals” and “20 Under 40 Top Influencers” programs. Read More

2. National taxpayer advocate has concerns about $400,000 audit promise
One of the constant reassurances about the $80 billion allocated to the IRS from the Inflation Reduction Act, P.L. 117-169, has been this: The agency will not use the money to focus on small businesses or households earning less than $400,000 a year.
On Tuesday, National Taxpayer Advocate Erin Collins expressed doubt about that promise — made by the president, the Treasury secretary, congressional supporters of the bill, and IRS officials — because taxpayers could use it to assume they will not have to pay their fair share of taxes. Read More

3. BDO expands NetSuite capabilities in pharma
AdaptaLogix is an Oracle NetSuite Solutions provider and developer that focuses on the pharmaceutical industry. The AdaptaLogix professionals will join BDO Digital, a BDO subsidiary that provides a portfolio of technology and transformation services for the middle market. The merger is expected to strengthen and expand BDO Digital's enterprise resource planning capabilities, especially for pharmaceutical companies looking for help with supply chain management. Read More

Leading audit, tax and consulting firm RSM UK has appointed Tom Straw as restructuring partner in its growing London team. Tom joins RSM after spending nine years at Moorfields Advisory and over three years at BDO as a restructuring specialist. He has more than 15 years’ experience spanning debt advisory, M&A, financial advisory and restructuring, and a track record in steering stakeholders and businesses through complex restructuring challenges. Read More

7. Buy an EV Now or Later? The Tax Credit Rules are About to Change
Consumers who can find an electric vehicle or plug-in hybrid that qualifies for the $7,500 tax credit now may want to snap it up before the end of the year, experts say, while others wanting to purchase EVs that aren’t eligible might be better off waiting until 2023.
Qualification requirements change in January following passage of legislation known as the Inflation Reduction Act (IRA). It will replace today’s $7,500 tax credit available on all-electric and plug-in hybrid purchases from automakers that have sold fewer than 200,000 vehicles. Read More

8. MassCPAs releases new video series
The Massachusetts Society of CPAs released a video series that aims to change the image of the profession and highlight the multiple career paths it offers. The series, "CareerPathways: Your path. Your journey. Your CPA career," explains how CPAs can help businesses or communities at various stages of their careers, while also refuting preconceived ideas about the industry. Read More

10. Edward Bernard Appointed as Next FAF Chair
A director at LPL Financial Holdings Inc. was elected on Tuesday to succeed Kathleen Casey as the next chair of the Financial Accounting Foundation (FAF) Board of Trustees. Edward Bernard will begin his term as FAF board chair on Jan. 1, 2023, and it will conclude on Dec. 31, 2025, when he will be eligible for a second three-year term. Read More

11. IFAC elects new president from Morocco
Resmouki joined the IFAC board in November 2017, originally nominated by the Ordre Des Experts Comptables of Morocco. She served as chair of the Governance Committee in 2020, before chairing he Planning and Finance Committee in 2021 and 2022. In addition to her work with IFAC, she was the first female president of the Pan African Federation of Accountants, after serving on the PAFA board for six years. She has more than 30 years of experience in the profession, including as an audit partner at EY and Deloitte. In 2020, she launched her consultancy firm, where she has been helping organizations with projects relating to the profession and to advisory services. Read More

14. Steph Curry Could ‘Lose Big’ From FTX Collapse
Celebrity brand ambassadors for FTX could be questioned about their role in promoting such a risky investment.
As news circulated over the weekend that Berkeley author Michael Lewis had spent the past six month embedded with former FTX CEO Sam Bankman-Fried to reportedly write a book about the rise and fall of the cryptocurrency wunderkind, the financial markets continued to reel from the stunning collapse of his exchange. Read More

KPMG has appointed software engineer and tech entrepreneur Alyse Sue as its new head of metaverse future, with the goal of creating a multimillion-dollar business based on metaverse technology and cryptocurrency over the next two years. Sue rejoined the Big Four firm after working as a senior consultant on the KPMG Innovate team between 2012 and 2015 before focusing on her own startup projects. Sue co-founded Transhumanism Australia and cryptocurrency Transhuman Coin, which are both dedicated to funding research and development of technologies that enhance human biology, and Genomix, a data machine-learning startup that identifies genetic variations associated with long life spans. Read More

16. Supreme Court Says Congress Can Have Trump’s Tax Returns
The Supreme Court on Tuesday denied President Donald Trump’s plea to shield his tax returns from being turned over to a House committee. The decision came in a one-line order with no dissents. The court’s action has the effect of upholding a longstanding request from House Ways and Means Committee Chairman Richard Neal, D-Mass., for six years of Trump’s tax returns. Neal acted under a law that says the IRS “shall furnish” the committee chairman with “any return or return information” that he requested in writing. Read More

17. TIGTA revamps website
The Treasury Inspector General for Tax Administration has redesigned the agency's website to highlight its audits, investigations, inspections and evaluations. "This new website serves to better highlight TIGTA's audits, investigations, and inspections and evaluations," said Inspector General J. Russell George, in a statement. "It is my hope that this site will provide valuable information to the public, whether it be individuals seeking to report waste, fraud and abuse; individuals seeking resources about Internal Revenue Service scams; or stakeholders seeking to learn more about our oversight work." Read More

18. PCAOB proposes new quality control standards
The PCAOB has issued proposed new standards for quality control (QC) systems and opened the 394-page document for public comment. Comments on the proposal will be accepted through Feb. 1, 2023. "Quality control systems set the foundation for how firms perform their audits, so making sure those systems are effective in today's economy is essential to protecting investors," PCAOB chair Erica Y. Williams said in a news release. Read More

19. CIOT launches first-ever tax technology diploma
The Chartered Institute of Taxation (CIOT) has launched its first-ever Diploma in Tax Technology (DITT). According to the institute, the diploma “reflects that tax advice and the demands on tax professionals have changed immeasurably over the last two decades partly because of technology”. Read More

Entigrity™ is a trusted offshore staffing partner to 600+ accountants, CPAs, and tax firms across the US and Canada. Our flexible and transparent hiring model gives helps firms of all sizes to hire staff for accounting, bookkeeping, tax preparation, or any other task for 75% less cost. As a firm 'run by accountants, for the accountants,' Entigrity captures the hiring needs of accounting firms most precisely, providing staff that works directly under your control and management; still, you are left with the least to worry about compliance, payroll taxes, overheads or any other benefits. 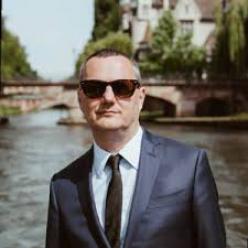 Jacob Scott is a CPA with over 20 years of experience in the area of accounting & finance and has worked as a Senior Audit Associate at EY. Jacob drives the financial planning of the company by analyzing its performance and risks. He retains constant awareness of the company’s financial position and acts to prevent problems. He also sets up and oversees the company’s finance IT system as well as sets targets for and supervise all accounting and finance personnel (management accountants, internal auditors, etc.) Besides overseeing all audit and internal control operations, Jacob develops the corporate fundraising strategy and manage relationships with partners and investors. His roles also include preparing timely and detailed reports on financial performance on a quarterly and annual basis and conducting analysis to make forecasts and report to upper executives. He ensures adherence to financial laws and guidelines.  He has a keen interest in activities and societies, industry tours, educational seminars, cultural activities, sports, and most importantly attending conferences. 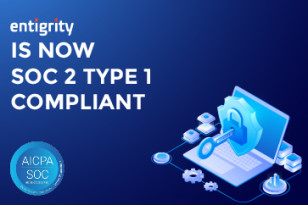 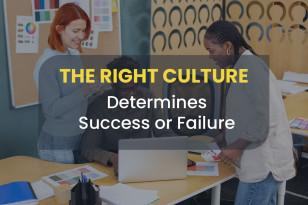 Having the right culture can determine success or failure in accounting offshoring. 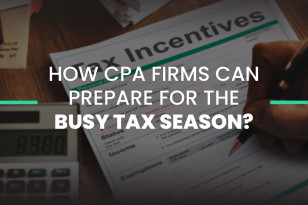 HOW CPA FIRMS CAN PREPARE FOR THE BUSY TAX SEASON?

HOW CPA FIRMS CAN PREPARE FOR THE BUSY TAX SEASON?